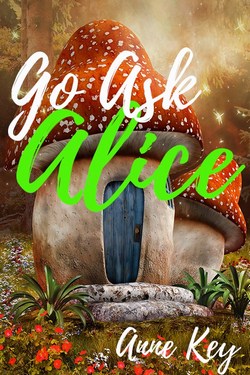 Alice is in trouble.

Big trouble. Her girlfriend, Cat, is dead, Alice just got out of the hospital, and everything is falling apart. The girls bought a bag of pills from a dealer and took them to Cat’s house to LARP their game, Underneath. The plan is to take one pill after another until the vampires come for them.

Problem is, the vampires didn’t come, the ambulance did.

As soon as she gets home, Alice runs away to attend Cat’s funeral and meets Leveret, Cat’s cousin, and that’s when she falls down the rabbit hole.

From shrinking and growing, from a monster in a hospital to a haunted toy store, from a nightclub filled with vampires to a Ren Faire with the most unnerving Mad Hatter and a game where ninja ballerinas beat people to death with sticks – Alice’s trip follows the heart of the Alice in Wonderland story, if not the letter.

On the way Alice has to make a number of decisions – is she sane? Is she dead? Is she willing to sacrifice everything for someone else or does she exercise self-preservation even if that means losing the girl she loves?