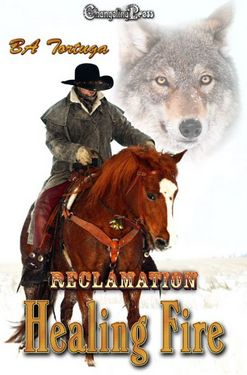 Lee is just the transporter for the broken werewolves his team rescues from the Brotherhood. His latest pick-up goes badly when one wolf bolts, and his van is shot at, making it tough for him to keep it together. He’s got sick and badly injured wolves to care for until someone else comes to get them, though, so he heads for his cabin in the woods, knowing he has to keep his charges safe.

Drew has been in captivity a long time, helping keep his friends alive by giving of his own healing energy. Lee is like a whole new world for him, because Lee’s life force bolsters his, and Drew knows he’s found the other half of his soul. Now he has to learn he can’t save everyone if he wants to stay with Lee. Can they find a way to do what they must and still love each other?