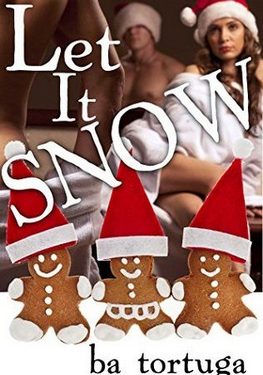 Vicki has lost her job, her apartment, and apparently her self-esteem. Why else would she be flying off to Miami for a new job, and breaking it off with Luke and Mark, her two beautiful lovers. They don't need her; they have each other, right? When a Christmas snow storm ruins her plans, though, Vicki doesn't know who else to call. Cowboy Mark and Colorado boy Luke were willing to let Vicki go when they thought she didn't want them anymore, but once they find out she's just down and out, they're singing let it snow so they have time to convince her to stay with them for Christmas and beyond!

Previously published in Down the Chimney by Torquere Press.