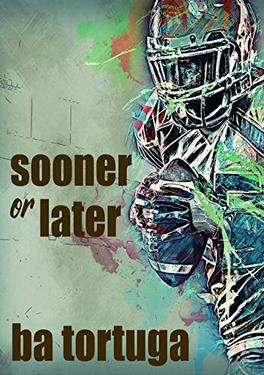 Andy McBride and Warren Brower have been friends since grade school. They've argued about football just as long. Andy's a Longhorn fan for life, while Warren's a Sooner. Their best-friend rivalry lasts until they graduate from high school and Warren leaves Texas to attend school in Oklahoma. Unable to confess his true feelings for his best friend, Andy has no choice but to watch Warren leave.

Life goes on, and Andy's on the way to becoming an actual Longhorn when an accident puts him out of commission for good on the football field, and maybe for life. Can Andy put his life back together and let Warren know how he really feels before they're both old and gray?

This is a previously published title published as Burnt Orange: Sooner or Later