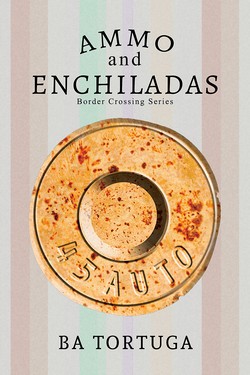 Part of the Border Crossing series:

After a night at the movies in Albuquerque, NM, Brantley’s best friend, Matt, is shot right in front him during a robbery. Stunned and devastated, Brant tries to help Matt’s husband, Travis, deal with the funeral details even as he struggles with his own grief and Travis’s blame. When Travis’s best friend arrives, Brant is both annoyed and grateful, because he is so darn tired and can use the help.

Lex Espana is ashamed to admit he hasn’t seen his childhood best friend since Travis’s wedding. He’s even more amazed that he barely remembers Brant from that wedding, because he’s sure interested now. While it’s weird to fall for someone at a funeral, his feelings for Brant are real and make him long for a life he didn’t realize he was missing.

Neither Lex nor Brant knows how to be part of an us, though, and they both have a lot to work through before they can settle in. To become a real couple, Brant and Lex will have to dig deep to get past the roadblocks in their relationship

This is a previously published novel. The publisher has changed.