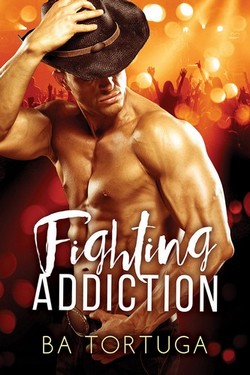 Country hat act Markus Kane is pretty skeptical when one of his oldest industry friends calls and asks him to do a joint tour. He and Seb haven’t seen each other in years, not since Markus quit drinking. Maybe not since he and Sebastian Longchamps almost lost their careers to the fact that they couldn’t keep their hands off each other.

Sebastian is a country-fried Cajun rocker, and he’s been missing Markus ever since they broke up all those years ago. His label thinks he and Markus are a match made in ticket-sales heaven, but Seb knows better. He knows that it won’t take even the tiniest effort for Markus to break his heart all over again, and this time around he has way more to lose.

Time has changed both men, though, and while Markus and Seb try to fight their addictions, the big music industry machine has plans for them that don’t include the quiet life. Can Markus convince Sebastian that there are things more important in life than adrenaline and control? And can Sebastian make Markus understand that all he really wants is his music and his man?

This is a preciously published title. The publisher has changed.