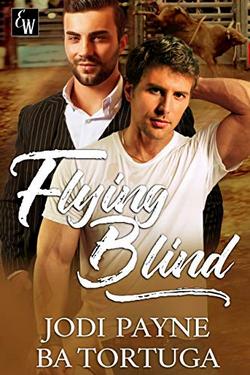 Sometimes the best thing about living in New York is leaving it.

When January Bell takes a risk on a business trip to Denver and introduces himself to the hot as fire cowboy across the bar, he has no idea what he’s in for. Hawk is like nobody he’s ever met, and Jan finds he is intrigued enough to want more than just one night with the deceptively complex man.

Hawk Destry is working hard to wring every moment he can out of his bull riding career. He’s used to beating the eight second clock, but a life-long degenerative disease is causing him to slowly lose his sight and he doesn’t have a lot of years left in the sport.

None of that seems to matter, though, when Hawk meets January, who treats him like he’s worth more off a bull than on one, and who’s willing to work just as hard to be with him.

The two men have to deal with the distance, unexpected challenges when Hawk visits New York, family on both sides, and neither of them sees any of it coming. Eventually even Hawk’s dangerous job is thrown into sharp relief when tragedy strikes. How will January and Hawk find their way when they’re flying blind?