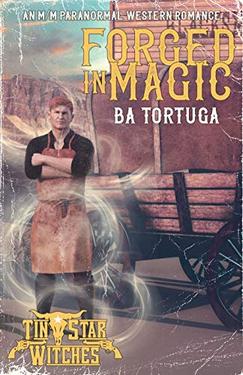 When Owen McBride sees his lover Jericho stagger into their homestead outside of Ruby Gulch, New Mexico, he thinks he’s seeing the dead come back to life. Jericho was lost to him when the wagon train he was leading was taken by monsters called Eaters, and Owen expected to be alone the rest of his life.

Blind, poisoned by magic, and near real death, Jericho Nater comes back to Owen, needing the love his man offers, and his help. The doomed wagon train’s children are still alive, and Jericho has promised to go back for them. Owen can’t bear to lose Jericho again, but he would never deny Jericho something so important. Together they must find a way to save those kids, and to make their way home alive.