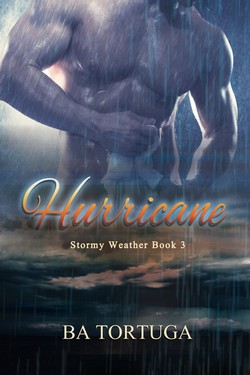 Galen and Shane are back in the final installment of the Stormy Weather series, and a tempest of epic proportions is brewing. Once they couldn’t get enough of each other, but now Galen’s long hours are driving a wedge between him and Shane. Lonely and starved for his lover’s attention, bartender Shane falls in with a new crowd that doesn’t have his best interests at heart, and Galen struggles with a workload he can’t manage and an unscrupulous partner who wants to eliminate Shane. He can barely keep his head above water, let alone chart a course home to Shane.

While they’re floundering and trying to hold their relationship together, a hurricane heads for the Florida coast—and they’re directly in the path of the storm. It’s a crisis that will either finally break them apart or remind them how much they stand to lose if they don’t hold on to each other.