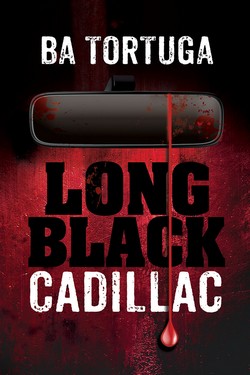 Vance is a vampire hunter on a mission. When the Colonel sends him to clear out a bloodsucker living in the Louisiana swamps, Vance figures it's all in a day's work. The problem is that Clay is no ordinary vampire. Clay and Vance have a connection that Vance has never felt before. He knows he should be fighting Clay off, but all he wants to do is give in to the feelings Clay inspires. How is he supposed to fight something that feels so good? Clay might just be the undead man to convince Vance that not all vampires are bad, and that donating a little blood can be sexy as Hell. When things with Vance's boss go horribly wrong, Clay has to ride to the rescue, refusing to let his new love disappear.

With his human familiar, the crazy little Cajun named Remy, and the enigmatic older vampire Gryphon along for the ride, Clay tries to find Vance before it's too late. Vance is a survivor, and with Clay at his side, he plots his revenge against his former employer, a man who had much darker motives than just sending vampires to their final reward. Can Vance and Clay keep moving, stay alive, and blow the Colonel's plan out of the water?

This is a previously published work. The publisher has changed.