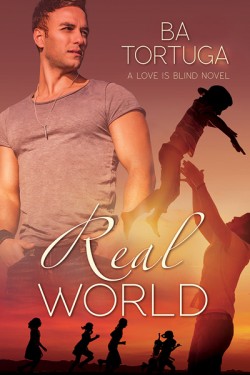 Part of the Love is Blind series:

A Love is Blind Novel

Dan White is trying to acclimate to civilian life after a long career in the military with multiple combat deployments.

Now he’s home in the Austin area, living with his brother Dixon, Dixon’s husband, Audie, and their two nine-year-olds. During the New Year celebration, Dan meets Abraham Weldon, and the connection is instant.

Then Dan finds out Weldon is bisexual. And a dad. With five kids. Five kids, one of whom is a blind fifteen-year-old.

Widower Weldon has been in love twice before in his life—with his high school best friend, Blake, and with his wife, Krista, who he met in a Dairy Queen as she was crying over a positive pregnancy test. Love number three hits Weldon like a hammer when he meets Dan.

But since Dan isn’t interested in a guy with kids, they might only get one night together.