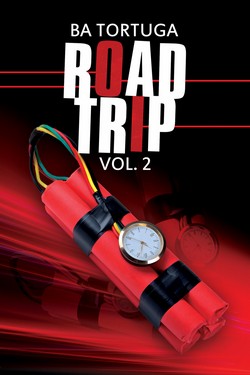 Part of the Road Trip series:

The course of love is a rough ride, but for ecoterrorist MJ, ridge runner Sonny, physicist Paddy, psychic Neil, genetically enhanced English professor Duncan, and the assassin known as Cowboy, the road to romance is a heart-stopping trip—one full of kidnappings, explosions, secret programs, and supersoldiers. They’re an awful ragged bunch to be considered heroes.

Sonny and MJ’s retirement may be in jeopardy, but at least they’re together on a new boat—with no annoying hostages. Then Cowboy, MJ’s old friend, gets in touch, bringing with him a host of complications, including Professor Duncan, who has ties to the Program. A call for help from Paddy sets them all on a collision course with a deadly specter from the past. As MJ makes his plans, Sonny is shaken by the possibility of losing everything.

Walking on the Sun

Sonny is determined to raise hell to hunt for MJ—problem is, will MJ know anyone, or himself, once they catch up to him? Neil and Paddy are healing but reluctantly join the effort, as Cowboy and Duncan help Sonny prepare for a showdown. Sonny might be ragged, but he’s MJ’s hero, and he is not about to give up on the most important thing in his life, even if it kills him. Will everyone survive the last epic battle, or will they go out in a blaze of glory?