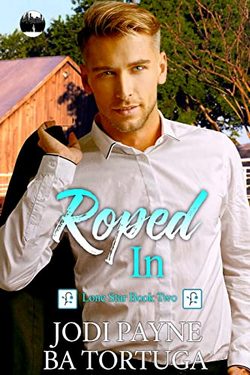 Part of the Lone Star series:

Rope Canutt has announced his retirement from bull riding and is making the most of his final year on the circuit, riding the big shows and resting in between so he can finish the season on a high note. He isn’t sure what’s next for him. He has no plan yet and nowhere to go, especially since his family sold their ranch a few years back.

Jude Sharpe remembers Rope fondly from their younger days in Austin. Mostly he remembers how hot the rodeo cowboy was and how much fun they had hooking up every time their paths crossed. That was a long time ago, and Jude’s been married and lost his husband to cancer in the years since they’ve seen each other. Now he’s raising a son alone.

When bull riding comes to New York City, Jude’s consulting firm uses their private box to entertain clients from Houston, and Jude brings his son Silas along to see the show. Rope is riding and Jude hopes to introduce Silas to a real bull rider. They’ve each lived a whole lifetime apart, and Jude and Rope aren’t sure how much they have in common anymore. So will they be drawn to each other when their paths cross again?

The books in this series are standalones and can be read in any order.