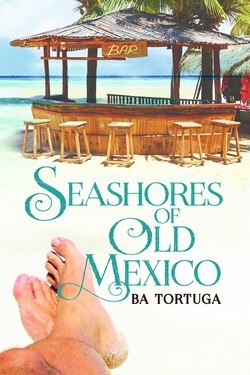 After a bar fight gone horribly wrong, Clint is on the run, tired, hungry, and desperate to get out of Texas and across the border as fast as he can. But more than anything, he needs a place to relax and feel safe—at least for a little while. Searching for work, he stumbles into a cantina on the beach and runs into its owner. Jack might be a little older and a little worldlier, but the two men have enough in common to form a fast friendship that soon spills over into the bedroom.

But Clint isn’t the only who’s done things he isn’t proud of, things he’d rather keep hidden. Both of them have to be ready to drop everything and run if the past gets too close, and that’s no foundation for a relationship—especially since the truth always comes out eventually.