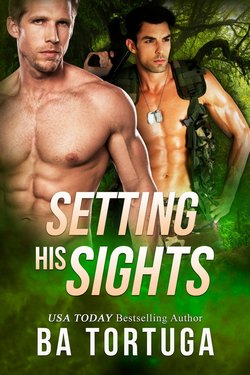 Trey’s waited long enough to take what he needs.

Kai hasn’t made any secret of his attraction to Trey. But the boss is the boss, and it isn’t until the team gets compromised and Kai is captured during a job that Trey lets himself admit the feelings he has for his captured teammate.