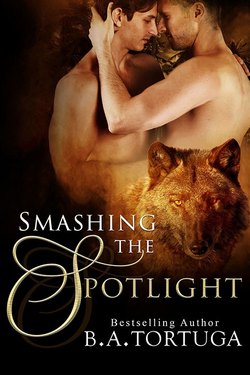 Sometimes the moon shines brighter than the stage.

Connor ‘CJ’ Lamont is at the top of his game playing the bad boy of country music. The problem with his ultimate redneck persona is that… well, he’s not. CJ is a wickedly smart songwriter and musician who suffers from an excess of personality. He lives, not for the spotlight, but for the three months of downtime each year when he can finally be himself.

Sexy werewolf Lee Mills is hired as CJ’s new security to keep him safe and assure that he stays on the medication he’s been on since birth. But when Connor’s parents see sparks fly between their son and his new security guard, they are intent on keeping the wolf at bay. Of course, Mills isn’t used to taking orders, at least not from anyone who isn’t his pack alpha, and he has no intention of following the rules.

In fact, if Mills has his way, he’ll be smashing the spotlight and showing Connor the moon.