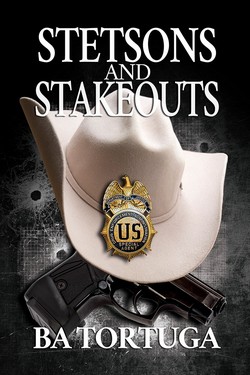 Gianni Cesare is a DEA agent and rancher—who also happens to be a millionaire heir to an Italian count. Running a multiagency sting out of his East Texas ranch means he needs a new foreman… preferably someone a little wet behind the ears who won’t ask too many questions.

Gianni’s Aunt Jerilyn hires Bonner Fannin, a roughstock rider with zero ranch experience and a sister who’s pregnant with a violent biker’s twins. If that’s not bad enough, Bonner is pretending he and his sister are married to protect her and to help get him the job.

Gianni didn’t think Bonner was the marrying type during their torrid beach affair years ago, but he’s not sure if he has time to explore that thought now, as overrun as his ranch is with drug cartels, macho government agents, and local cops. Looks like Bonner and Gianni are both in over their heads, and they may have to band together during this adventure to swim rather than sink.