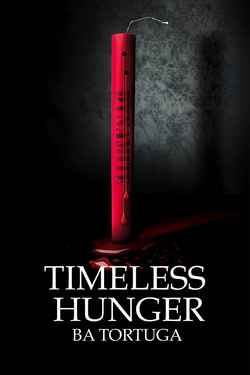 Knox likes to blow stuff up. In fact, it's his life. He's got a reputation as the best demolition man in the business, at least until the enigmatic Isaac shows up and literally blows one of his jobs to kingdom come. Then Isaac invites himself to stay with Knox, leaving the big redneck wondering if he's his mind, torn between telling Isaac off and taking him right to bed. Isaac is a lot older than he looks, and tired of searching through time for the one he loves. When he finds Knox he's almost given up. He amuses himself with the youngster for awhile, but when he realizes things are getting serious, he runs, unable to bear the thought of losing Knox as he's lost so many before. This time he's not going to get away, though. Knox is a lot more tenacious than Isaac expects. They dream of each other while they're apart, the past coming back to haunt them. Knox finds that he's facing changes that he never expected, his need for Isaac far more than just a fleeting love. Will their hunger for each other eat them alive, or can they strike the perfect balance between the past and the future?