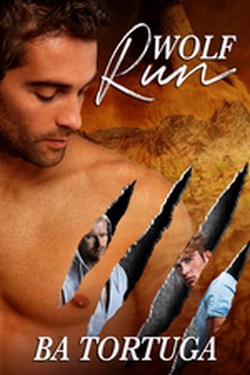 Mick is a lone wolf in all ways. He’s left his pack, he’s left his homelands and he’s on the road, footloose and fancy free. Well, at least until he wanders up to a fence and finds a little wolf running his ass off behind it. Mick stops to let the pup out and is stunned to hear the young wolf, Scotty, tell him “no”. Scotty’s mate and best friend, Danny, asked Scotty to stay behind the fence, so he will be safe while Danny fights to support them both. All this leaves Mick’s fur standing on end. Maybe, Mick doesn’t need one mate to bring him home. Maybe, he needs two

This is a previously published work. The publisher had changed.