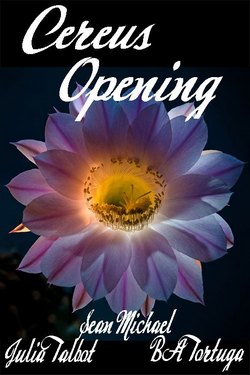 Part of the Cereus series:

Now that his paranormal resort is built, owner Jonny and manager Duke are ready to open Cereus’ doors to their exclusive clientele. Unfortunately, in these three stories, not everything runs as smoothly as Duke would like, and he’s a werewolf on the verge of tearing his hair out. In Pack Rules, by Julia Talbot and BA Tortuga, security experts Mik and Van have to learn to work together, even though they have a past, and one that didn’t end well. Werewolf Van wants his vampire back, but Mik is unwilling to be hurt again. Can they trust each other enough to solve their problems, and those of the club? In Downward Dog, Talbot and Tortuga tell the story of yoga instructor werewolf Rian, a city wolf with no way to cope with being courted by the native wildlife. Finally, in The Bear Facts by Sean Michael, one of the first clients at Cereus, polar bear Nuk has special needs. He thinks IT guy Al is just the man to fulfill them, but will that leave Cereus, and Al, in the lurch? Find out in this second installment of the Cereus series. The Cereus series started off with book one, Cereus: Building.

This book was previously published with the same title.