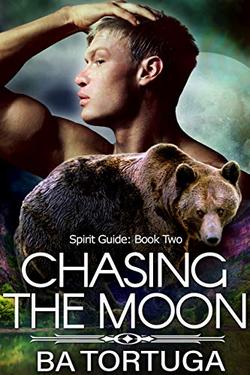 Part of the Spirit Quest series:

Bear shifter Nathan loves his life. He has good friends, a job he loves, and lots of naps. He might be a little lonely sometimes, especially when he sees the deep love between a newly mated pair of friends, but his choices are limited in Glen Wood, at least until sweet wolf shifter Halian shows up.

Halian has been sent by his pack to find another shifter, one he thinks he might be a little in love with. When he finds out his friend has mated with another wolf, he’s wrecked, but that only lasts long enough for big bear Nathan to… sniff him. They fall for each other quickly, but no one is sure a wolf and bear can be mates, especially Nathan and Halian.