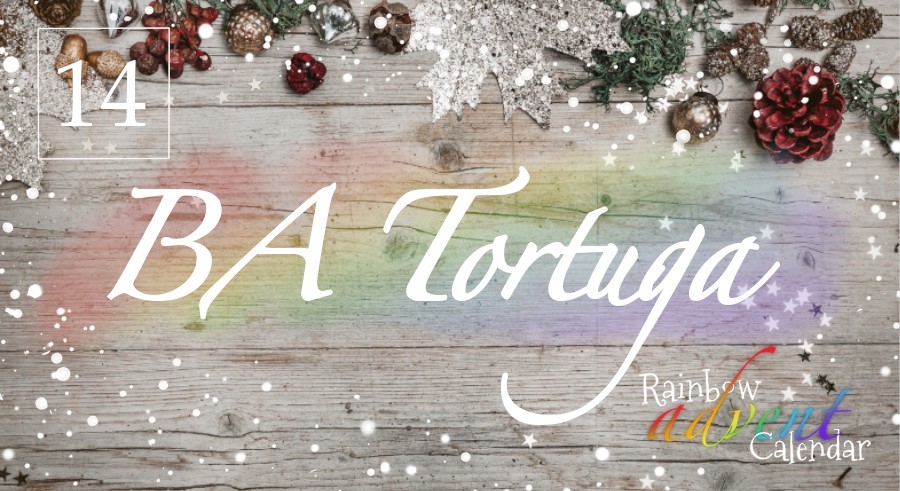 Patrick glanced at his baby girl, head tilting. He knew that look. He knew it because Maggie’s father had it and her brother Mason had it.

It meant wickedness, and it invariably ended up costing him both time and money.

“If I already have Princess Anna, if I ask Santa for a pony, what will I get?”

Patrick put on his best physician face. “Well, I think Santa might say you already have a horse, so a pony might be better off going to a little girl who doesn’t already know how to ride.” Oh, that was good.

She frowned. “Okay, but I should still get something. I have one horse. Mason has six puppies.”

“You think so?” He blinked at her rapidly, making it fun.

“I know so! Six puppies does not equal one Princess Anna.”

Caleb’s snort-chuckle sounded from the kitchen door. Oh, they were ganging up on him. Turds.

“I see. Well, a pony might not be the thing. So what else could equal six dogs?” He stirred bay leaves into the pot of chicken soup he had on the stove.

“I want a reindeer.”

Patrick damn near knocked the soup off the stove. “What?”

“A reindeer. A girl one. Next year I’ll ask for a boy one. A reinstag.”

“A—” Now he knew his husband, unrepentant rancher and livestock freak, was behind this. “Hmmm. And will you take them to the Christmas stuff in town, Caleb Juniorette?”

“No, Daddy. Just the girl — I’m naming her Bernadette.”

“Uh-huh. Because little kids don’t know that only girl reindeers have their antlers still at Christmastime. I wouldn’t want to hurt their feelings. The boy — Bernie — can stay home and think about making babies and being bald.”

Patrick was going to die.

So was Caleb, but only because Patrick was going to kill him for hiding and laughing.

“Well, I know nothing about reindeer or reinstags or whether Bernies are more or less apt to male pattern baldness. I’m afraid you’re going to have to talk to Pop-Pop.”

“I told him you would say that. He owes Mason ten dollars.”

“Hey, now.” Caleb strolled into the kitchen. “What do you think, baby girl? We could settle for an alpaca.”

“Don’t settle, Mags.” Mason strolled through, heading for the cookie jar. “You can put the ten toward dog food, Pop.”

“You’re all against me.” Patrick sighed dramatically, putting the back of his hand to his forehead. “But I’m easy. I don’t have to go feed them. That’s on your Pop and Buck.” Their full time hand was remarkably capable of dealing with weird animals.

“Okay. Pop-Pop, I want reindeers from Santa. Please. I can make them have babies and then when we have eight girls, we’ll teach them to pull a sleigh!” Maggie squealed the last bit, doing a little butt-wiggling boogie dance, her red-bowed braids bouncing.

He met Caleb’s eyes, totally unsure how they were supposed to find reindeers…

Caleb winked. “We’ll see about eight, kiddo. But I might know a guy…”

Patrick loved that, that she still believed so much.

“Only if all the babies are girls, Mags.” And there was the big brother, busting her balloon.

She scoffed. “You don’t know.”

Caleb chuckled. “I think we see what nature gives us, huh?”

“Right. Santa knows best.” Caleb winked at Maggie, then pulled him in for a kiss.

He melted into his husband’s arms, arms going around Caleb as he held on.

“PDA! Ew! Not in front of the children!” Mason said, around a mouthful of sugar cookie.

“Uh-huh. I think we should name the first reindeer baby Pikachu!”

“No! Charizard!” They ran off to the family room, laughing and planning…reindeer husbandry.

He glanced over at Caleb, one eyebrow lifting. “So I assume you know someone in desperate need to offload some reindeer.”

“He has three. They’re herd animals, so it’s good to keep them together…” Caleb waggled his eyebrows, looking hopeful.

How could he say no? Why would he? Caleb was the cowboy, and Patrick trusted him. If Santa had reindeer for their little cowgirl, so be it.

“It really does. And Gage could really use the money too.” Caleb sighed. “Feed is just… high. And we can afford it. He says he can try to buy them back later if we need him to.”

“No. If they come here, they belong. Like the fuzzy cows and the Bill the one-eared llama.” They didn’t desert family.

“Okay. Well, I’ll talk to Gage, then. See what we can work out that’s fair but will still help him out. I’ve priced out basically what they go for.” Caleb grinned. “It will pay his bills for a bit.”

“Mmhmm…” He teased, because Caleb had made their ranch a going thing, the cattle feeding them and a number of restaurants and families in the valley. And Caleb was determined not to see anymore agriculture families suffer from lack of funds like his had at one time. “Well, I look forward to meeting them. I do fully expect you have them delivered Christmas Eve night and have bows around their necks Christmas morning.”

“You got it. She’s read all sorts of books on how to take care of them.” Caleb sounded impressed.

“Lord help me.” He was going to end up with a vet and a rancher. He supposed that was the best combination of him, his first husband, and Caleb.

“Wash your hands, cowboy. I need you to make butter bread, please.”

“You got it.” Caleb grabbed a loaf of French bread and the butter bell, which had been his grandma’s. “Just think of the things we can pull in the Christmas parade in Glenwood.”

“Yeah.” More huge animals and his tiny girl child. “Dog sleds, sleighs of all sorts. This will be the Christmas Ranch.”

“Merry Christmas. I love you so much.” Caleb winked. “You let me have livestock.”