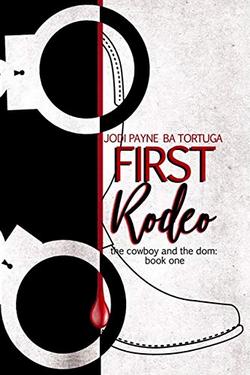 When a killer strikes, Texan and former rodeo cowboy, Sam O’Reilly, loses his older brother. Unbeknownst to Sam, James was also the lover and sub of a sophisticated New York City Dom named Thomas Ward. Sam comes to the city determined to stay until he can bring the murderer to his own brand of justice, while Thomas’ more ordered mind is hoping for a legal solution. Neither man expects their connection to the other, but having each lost someone irreplaceable, their hearts are crying out for comfort almost as loudly as their bodies are screaming for each other.

Some yearnings refuse to be ignored, but transcending their differences to explore the fragile connection between them will prove to be a steep a hill to climb--the first of many. As Sam and Thomas take the first tentative steps on the rocky path that might lead to a relationship, the killer steps out of the shadows...And this time, his sights are set on Sam.

Note to our readers: Each of the three books in The Cowboy and the Dom series has a fully realized, romantic ending. However, the overarching suspense element will leave readers on a cliffhanger after books one and two, to be fully resolved in book three.