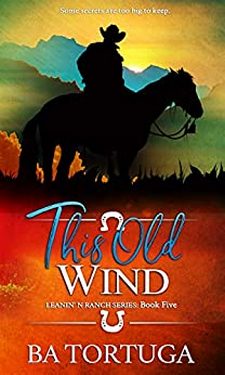 Rock star Simon McFee has no idea what to expect from the Leanin' N, the dude ranch in Colorado where his sister has decided to have her wedding. What he gets is a wrecked rental car, a really mad sister, and an old flame blowing in on the wind in the form of the wedding singer. Simon is so thrilled to see Michael again, and happy to take some time off from his crazy life and have a little retreat.

Michael Johns is a dad, an accountant, and still a musician, even if he mostly sings at weddings these days. When he sees Simon again, he's taken back to his days of touring with Simon and his late wife on the folk festival circuit. He falls for Simon all over again, but he knows he has to be careful. His twin girls, Chloe and Mickey are his whole life, and he has secrets that might end his love affair before it begins. Can Michael and Simon find the time and space to start a new life together, or will the wind carry them away from each other again?