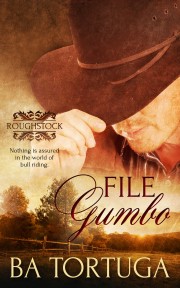 Beau is riding like the two-time champ that he is, but nothing is assured in the world of bullriding—not happiness, not wealth, and not survival.

Beau is a two-time champion bullrider who is working on his third title. Sam is his long-time lover and traveling partner, who is feeling the sting of having just about the worst season he can remember.

The two of them are on the road together twenty-four-seven, and it’s starting to get to them a little, between the constant injuries Sam faces, and the relentless press that Beau has to put up with.

Add in friends on the circuit who need their help and the fact that they have to hide what they mean to each other, and it’s no wonder that Sam and Beau’s relationship is starting to wear a little from the friction.

When things blow up in their faces, Sam leaves the bullriding tour for a while, but the boys find out they’re far more miserable apart than they are together. Beau and Sam may agree to disagree in order to make peace and help out their friends Jason and Coke, but in the unpredictable world of extreme sports, nothing goes as it’s planned. Can Beau and Sam recover from what just might be the last ride of Sam’s life?