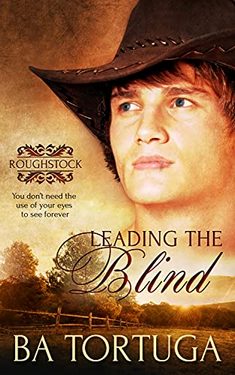 Book seven in the Roughstock series

You don’t need the use of your eyes to see forever.

After his head injury leaves him blind, professional bull rider Jason Scott can only think of one thing. He desperately needs to win the title in the big leagues of bull riding so he can retire and start a new life—one he can live with his best friend and lover, Andy Baxter.

Andy—or Bax, as his friends call him—wants to keep Jason safe and alive, but he would never ask his man to be less than he is. With the help of their best friends, they start out on a path that will lead them back to the major events and to a deception that might lose them all their jobs.

There’s no way the league officials would let Jason ride if they knew he was blind, so Jason and Bax have to figure out how to get Jason back to the top of the leaderboard without any kind of advantage or cheating being called. Meanwhile, they have to figure out what their new life is going to look like and what they’ll be if they’re not bull riders any longer.

Will they get what they want? Or will the whole thing just be a case of the blind leading the blind?